Male Dere Types You Might Not Have Known About 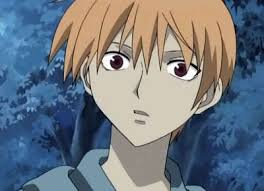 First off, the most popular dere type is the tsundere! Although the term tsundere has seemed to evolve over the years, in today’s anime, a tsundere character is one who acts harsh and mean, but actually has a soft side for the person they like, which is rarely shown. You can refer to him as the ass who pretends not to care.

If you aren’t very clear on who counts as a male tsundere, take into consideration a character like Sohma Kyou from Fruits Basket who expresses a blatant dislike for Tohru’s presence, but he is the one who helps fight off the feeling of loneliness. He may call her names and make fun of her, but when Tohru smiles, Kyou blushes. Isn’t he adorable? Male tsunderes are just so moe!

If you aren’t a fan of the tsundere, but you do like the general idea of a hidden dere side, consider looking into the kuudere! A kuudere is a moe anime character who tends to act rather cool or emotionless around others, but is in fact, sweet and cute on the inside. Just think of a kuudere as that cool character who sometimes shows that they care.

Let’s take a look at Ren from La Corda D’Oro. He’s very cold and quick to decline invitations. Ren is the type of character to always turn his back to you and keep walking, while you struggle to keep up. Then when you fall on the ground and you’re ready to give up, Ren will turn around and ask if you’re coming. He may not help you up, but he’s paying attention to you and that’s what matters. Who wouldn’t feel moe about that? It’s pretty to understand why Kahoko has such a fascination with Ren even when he’s distant.

If the tsundere and the kuudere are just not mean enough for you, or perhaps you’re looking for a little more passion in you life, the yandere really knows how to bring it. A yandere is a character who is most notable for violent or drastic actions in the name of love. They are willing to do anything for love!

“It’s not that I’m a jealous man! I JUST DON’T LIKE OTHER PEOPLE TOUCHING MY THINGS!!”

The Duke, from Moulin Rouge!

Yanderes seriously need to come with warning sirens. Something along the lines of: “Beware of yandere!” As scary as they sound, however, yanderes can definitely have their appeal from time to time. Take into consideration Touma from Amnesia. He’s the childhood friend who will do anything to protect your innocence and keep you ignorant of dangerous people. That includes locking you up in a dog cage! Yet, at the end of the day, Touma is just striving to keep you from going outside and getting killed, so that’s sweet…right? It’s just nice to know he cares.

With that in mind, yanderes still tend to be quite popular even when they can be a bit psychotic. There are a few series on the market featuring plenty of yandere like Diabolik Lovers, which tends to be full of verbal abuse and sexual assault, and as offensive as that sounds, especially for a reverse harem, the market for yandere lovers must be high because there’s a sequel to the series! And we know how hard it is for a series to get a sequel, right?

As great as tsunderes, danderes, and yanderes sound, they can get tiring because they talk a bit too much. And by that, I mean a little too much crap! So the dandere is like a breath of fresh air from an environment polluted by verbal abuse. If you aren’t sure what a dandere is, the term dandere refers to a moe character who is notable for a calm, silent demeanor, but is expressive through his actions alone. A dandere tends to be a man of few words but big actions, so to speak, and you may not hear much from his mouth aside from the words: “here”.

As a man who was raised in isolation and contempt, Shin-Ah from Akatsuki no Yona is the perfect example of a dandere. Shin-Ah is not used to speaking with others so he keeps most of his thoughts to himself, but when Yona needs him, he readily offers his life to her. He’s not used to the kindness of others, but he’s a kind soul who will put his life on the line for others. Doesn’t that just break your heart? Shin-Ah is the type you just want to spoil!

Danderes aren’t the only types you will want to spoil. Consider the dere dere type who is endlessly energetic and considerate.

This personality is way too adorable since they resemble little kids or puppies.

If you can’t imagine that type of dere, take a look at Honey from Ouran High School Host Club. He’s the energetic shota who wants nothing more than to nom on cake and cuddle with his Usa-chan, but take away his cake and Usa-chan, and well, you’ve got yourself a scary demon child who will literally bite off your hand! Ouch! Putting that aside, Honey is still the adorable shota that you just want to dote on because he’s just too moe! How can you deny him cake? Look at his child like facade! It just screams, “You’ll give me the world, right?” No comments if you suddenly become a shota con. Just saying.

Much like in any harem anime, these four types of dere characters are standard in reverse harem and bishounen anime catering to girls. If you are to look around, you may even come across other dere characters like undere, kamidere, and so on. Isn’t it nice to know that girls can enjoy dere types as much as any guy? Moe is no longer just a male thing, girls!

Now you know the male dere types available on the market. There are so many of them it’s hard to imagine why girls tend to dominate the dere searches. Male dere types can be seen in all sorts of anime from shoujo to shounen to seinen, so don’t even think that anime dere types are limited to females.